[EDIT]New Skill Tree "Ninja" Is Out! ★How to Acquire the Skills

★About the New Skill Tree "Ninja"

How to Acquire the Skills You can acquire the Lv 1 skills from the "Ninja" skill tree by using the "Book of Ninja".


The "Book of Ninja" may be obtained through one of the following ways.
[EDIT:4/26 4:40 PM(JST)]
・Spring Event Chapter 6 "Night Sakura and the Dancing Sword".


・Guild Maze's Treasure Chest starting from B601 (the further you progress, the higher the chance is.)

When you own a character that has reached a certain level, you will be able to acquire the Lv 2 skills and so on from the library in "Sofya City".


About the New Skill Tree "Ninja" Ninja Spirit
Learns the rules of shinobi (ninja).
Slightly boosts Dodge and reduces Aggro a little.
If this skill is Lv10, the skill "Two-Handed" will be applicable even if a Ninjutsu Scroll is equipped.


Ninjutsu
Foreign and unconventional ninja magic.
Activates a random ninjutsu when used.
If a Ninjutsu Scroll skill is activated, the level will be the same as the level of this skill.
EX Skill "Create Ninjutsu Scroll" can be used.


Ninjutsu Drill I
Enhances the skills activated with Ninjutsu.


Ninjutsu Drill II
Enhances the skills activated with Ninjutsu.
It doesn't matter whether you learn Ninjutsu Drill
I or II first because the enhancement value will be the same. 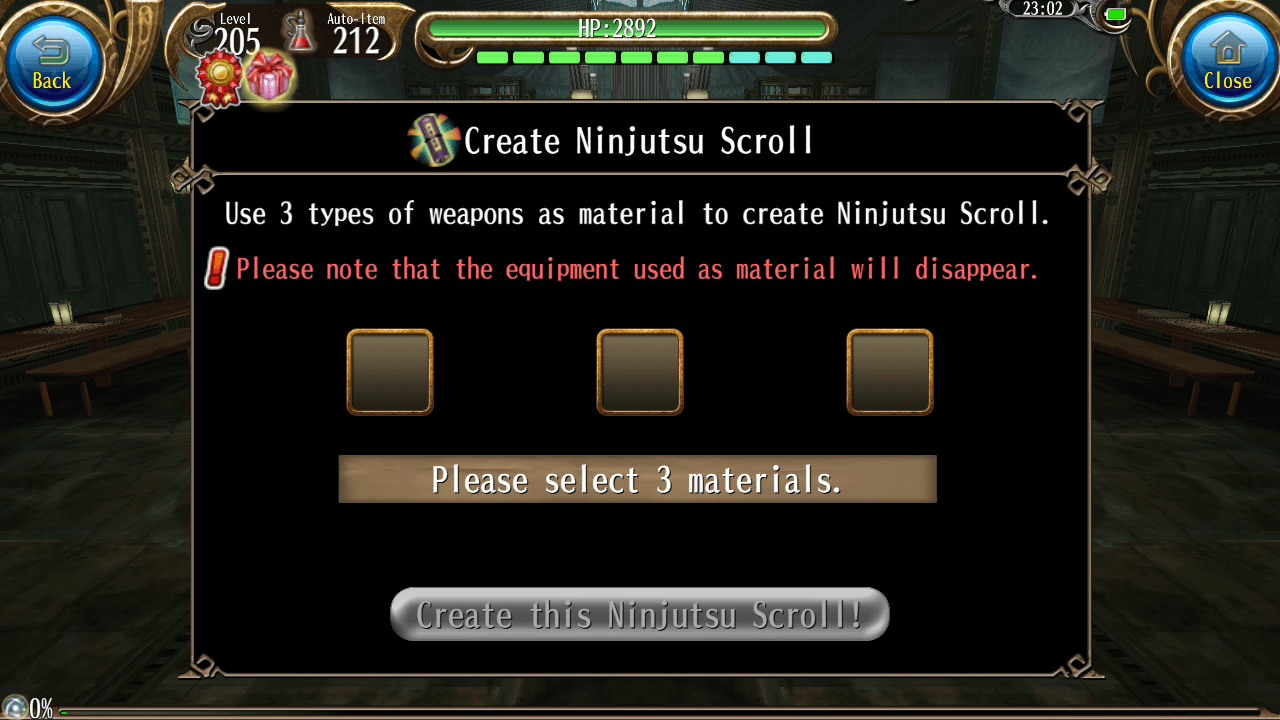 Use 3 types of weapons as material to create Ninjutsu Scroll.

*Please note that the equipment used as material will disappear.

*Equipment created with recipe that has been strengthened cannot be used as material.

*Equipment from certain events cannot be used as material.

・If you equip a Ninjutsu Scroll when you have mastered the Ninja Skill "Ninjutsu", you will be able to activate a random skill in the Ninjutsu Scroll at will and set it as a "Shortcut" or "Combo".

*The "Book of Ninja" will be consumed when used.

*If you delete the skill trees, you will need the items to learn them again.

*Players are required to learn "Ninjutsu" skill to activate the skill from Ninjutsu Scroll.